Automata for the People 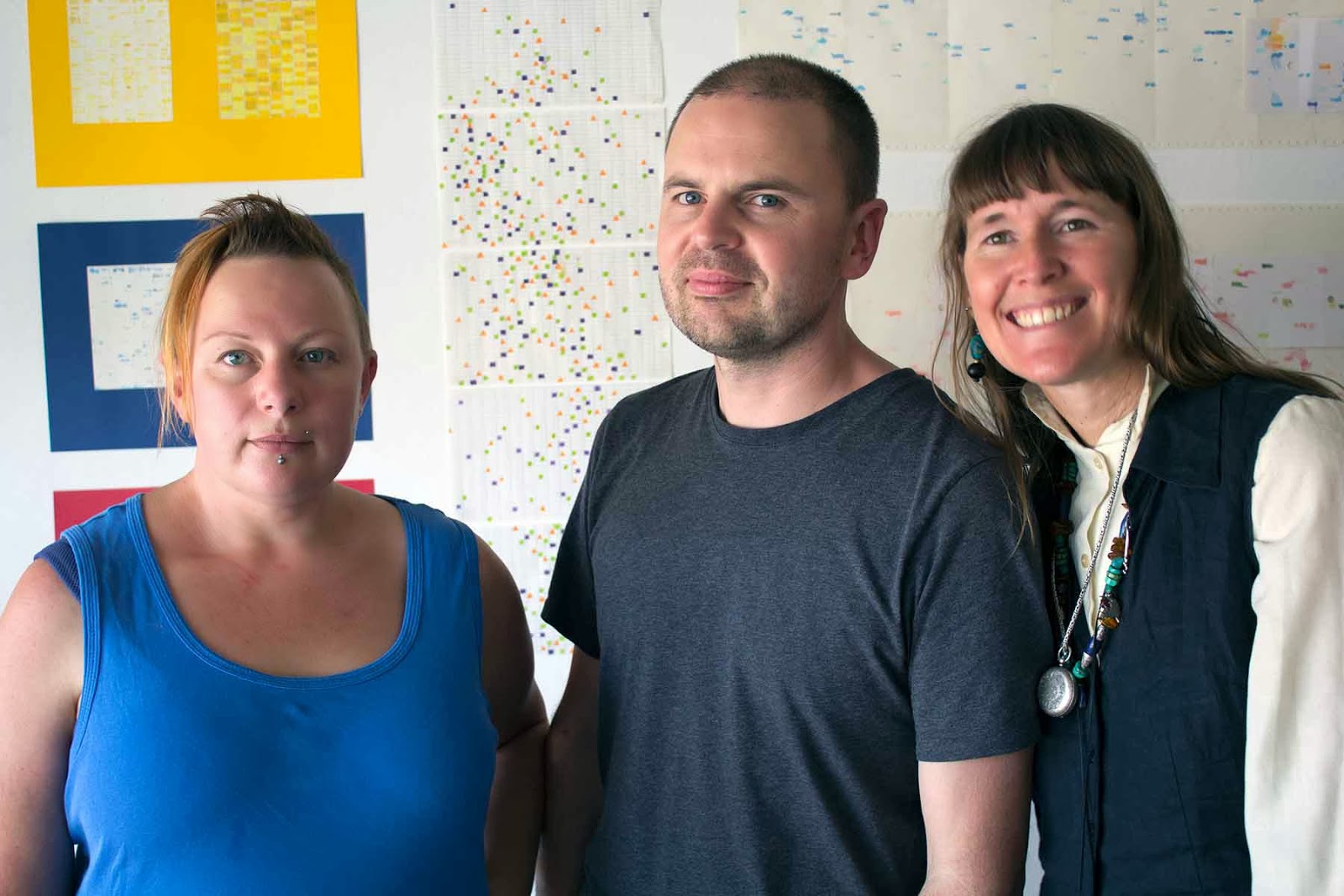 "It's three childhood friends navigating the subconscious via art," says Leeton-based artist Jo Roberts of the exhibition 'Automata: 3 is a magic number' that she will open with Allis Maun and Benjamin Roberts at The Roxy Gallery this month.

The artworks in the exhibition are united by the theme of bringing hidden meanings into the open.

"Often you have clear ideas of images you want to use but my process this time has avoided that. I've used automatic processes, such as the cut-up method of making poetry, to come up with surprisingly apt juxtapositions that I wouldn't have developed with my conscious mind."

Ms Maun uses a similar technique, explaining her art arrives from a dream world. "Usually I stop my critical mind when I draw and see what comes to me."

"It's a bit like when I used to play music, if I thought about it I'd make mistakes. So I switch off my conscious mind and sometimes the results makes sense and I can rationalise them later."

When asked if intuition plays a role, Ms Maun says the term captures the relationship. "Intuition, as in 'in tuition' like it literally suggests an inner teacher."

“I guess things come from the subconscious all the time,” says Benjamin Roberts somewhat warily. “Usually I have an idea what I want to produce [in art] but end at a different destination. Mistakes along the way aren’t always mistakes.”

“This exhibition allows me to feel a lot freer. I’ve let go of many opinions and there’s less pressure. It’s about acknowledging what I enjoy doing in art after working semi-professionally on projects in Melbourne.”

“The works produced for this exhibition have been more about process than producing a particular result,” says Mr Roberts.

"The line 'Three is a magic number' is a play on our friendship obviously," says Jo Roberts. "The number also represents a sense of how a child is born from the blending of masculine and feminine energies. This for me represents art process, a blend of creativity and discipline leading to a realisation."

Ms Roberts says she proposed the exhibition as a way of promoting non-conventional art practise and to ensure the visibility of art in Leeton. "I think it's extremely important that the Roxy Gallery continues to be used as an art space."

"It was also a way of creating momentum for my own art-making, setting a deadline and working toward it. Not waiting for a muse or inspiration but adopting a practise. Even just thinking about art and developing ideas everyday is a discipline."

"Benjamin will tell you he's compulsively driven to draw and has been since he was a child," she says of her brother. "I really enjoy placing constraints around my practise as I find the idea of infinite possibilities paralysing, rather than liberating."

The exhibition 'Automata: 3 is a magic number' will be open at The Roxy Gallery between 10am - 2pm, Tuesday to Sunday from 11th to 27th February.
Posted by Miriam Rystedt at 13:46